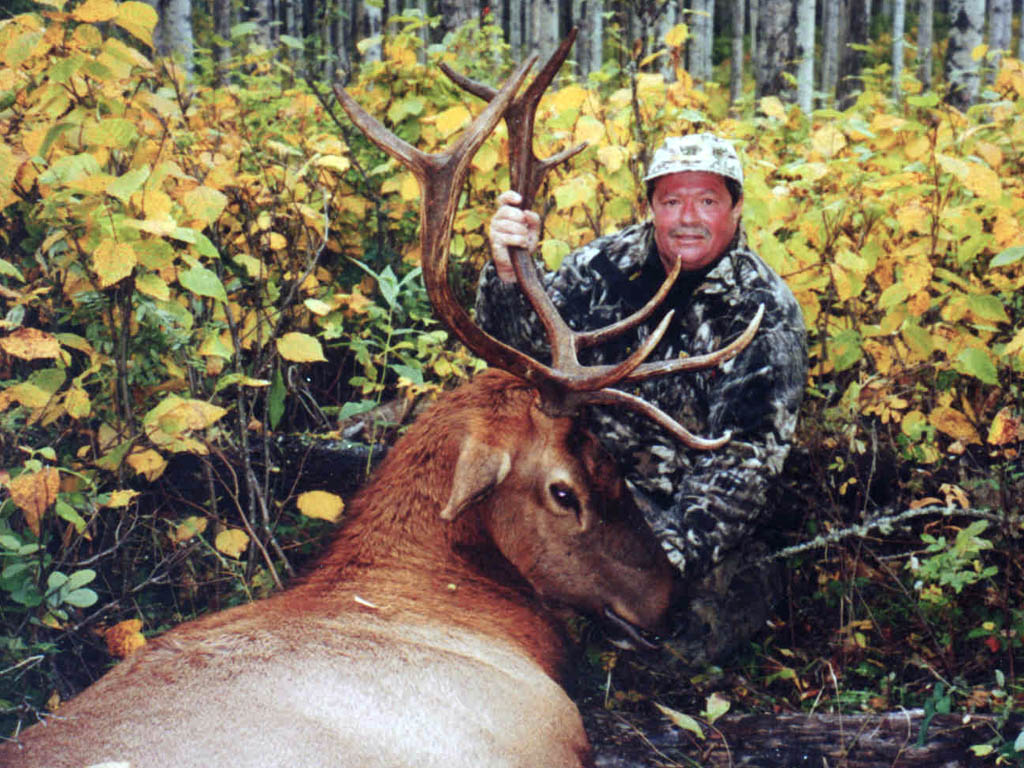 Thanks for a memorable elk hunting experience. Hunting bull elk in September, during the bugle season, with a rifle, was exhilarating. The remote camp and quad ride in all added to the adventure.

Rick Houweling was my guide for the 6 day elk hunt. On the first day by 10:00 AM, I managed to shoot an outstanding 4×5 bull, called in by Rick. While we were admiring the elk, taking photos and congratulating each other on calling and shooting, we heard another bull. Rick gave a couple of cow calls and a huge 7×8 bull walked in broad side at twenty yards! What a rush!

Previously on the same morning we saw 5 cow elk, a cow and calf moose and a large bull moose with a cow, which Rick couldn’t resist playing with. Armed with only a stick Rick managed to intimidate his way into about forty yards of the moose. Very impressive.

I had an opportunity to take a bear but didn’t. I am a guide back home in New York and know the good Lord, good weather, and a little luck aided Rick and Mel in our overwhelming success, but the effort and knowledge of the game we hunted and the area we hunted in, were second to none. Than you for your hard work and dedication.