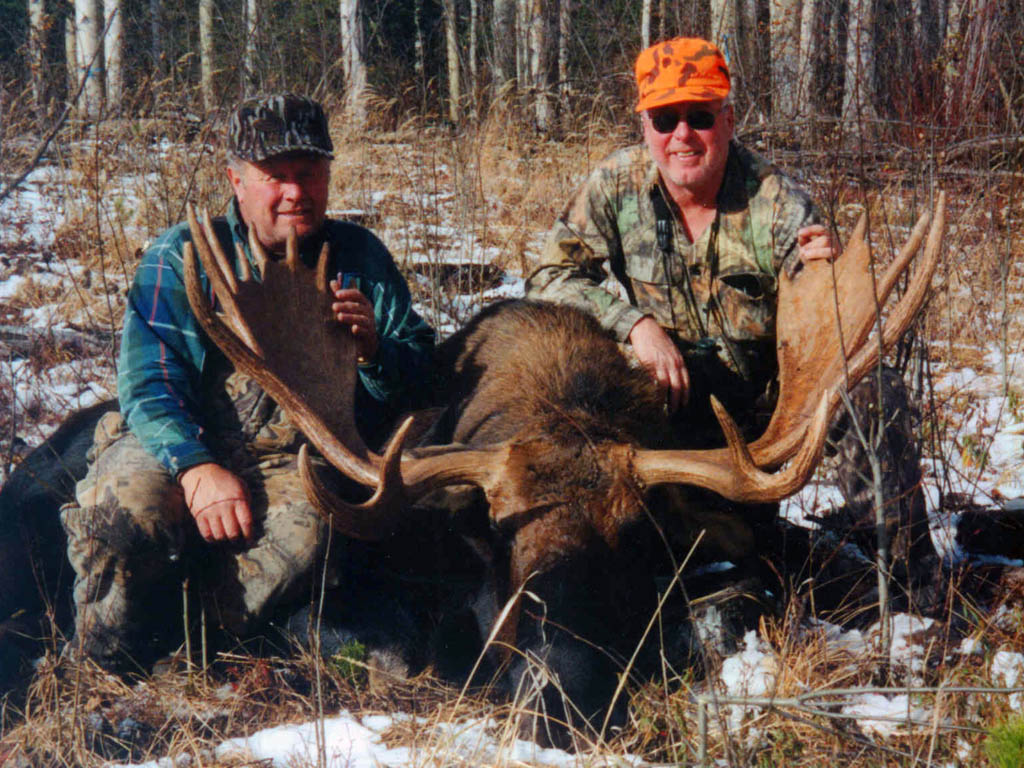 My moose hunt with Wild Kakwa Outfitters was the adventure of a lifetime. Rick, Rita and the guides were excellent hosts, great guides, and simply fun people to be around. The accommodations were excellent.

Day 1:
We woke to 2″ of fresh snow, had a great breakfast prepared by Rita, and headed out to camp. During the day we cut several sets of fresh tracks, trailed on large set over 6 miles in the timber before returning to the truck late in the afternoon. This being a rut hunt, we called from several locations before returning to camp at dark.

Day 2:
After another fine sit down breakfast and a load of coffee we were again off in the dark. We hiked ridges and called throughout the day, but only managed to call in a 20″ spread paddlehorn bull. This bull was lovesick for Rick, and had to be driven off by waving arms and yelling. We did trail up two cows, but found no other bulls. 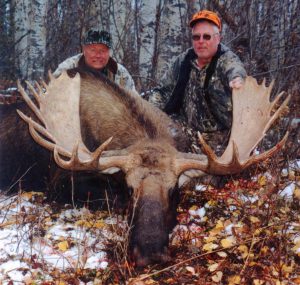 Day 3:
We were hunting about 6 miles deep down an old cutline. We had stopped at a deep creek, Rick walked to the edge and cow called, and was immediately answered with gutteral sounds of a bull. The bull came in on a run, with only the antlers visible to us above the alders. I did spot an opening which the bull went through and he only went 30 yards from that point. He was thoughtful enough to turn out of the brush and drop in an old clear-cut. We built a cooling rack, cleaned skinned and caped the animal as it was getting dark. I left some articles of clothing around the animal overnight, and we took the head, cape, back straps out with us. Although there were grizzly and black bear still active in the area, the carcass was not bothered overnight.

Day 4:
We returned to bring out the meat in quarters and meat bags. On the way in my partner encountered a 54″ bull along the trail. He fired 3 times and dropped the bull. We worked most of the day and had both animals to the processors by dark. Both bulls were over 50″ and needless to say, we were both very pleased with the hunt, area, accommodations and the friends we made with Rick & Rita.