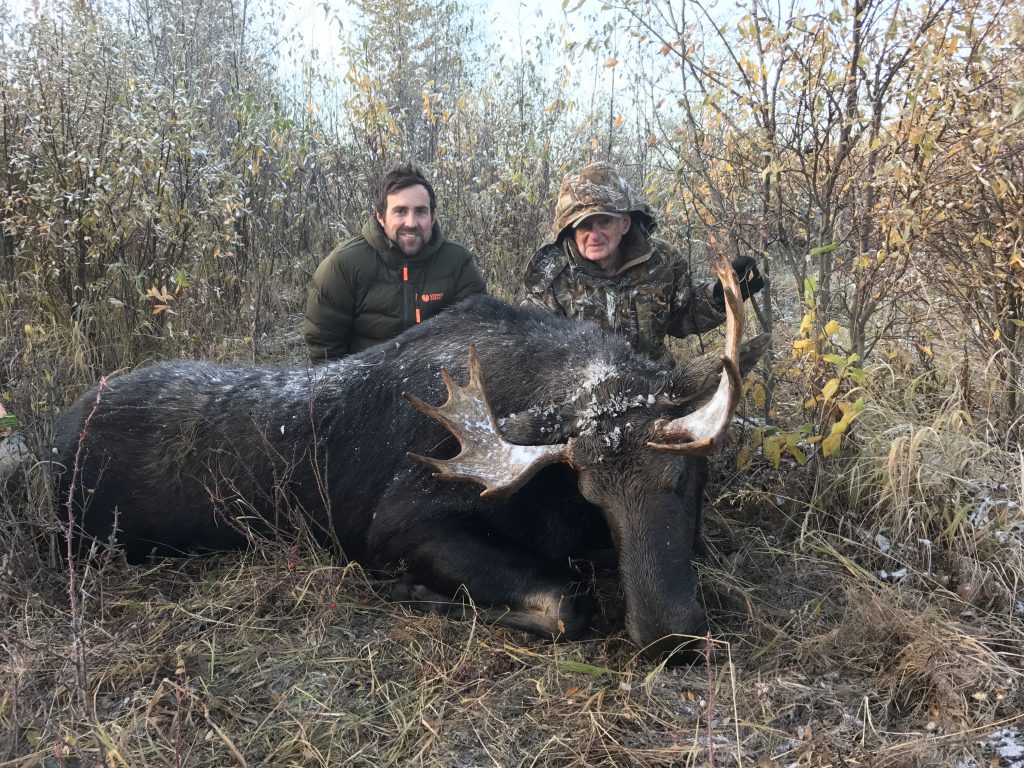 Hi to all of you older and not so old geezers.  I’m 82 years of age and shot my first Alberta moose while hunting with WKO in 2002.

Rick & I were hunting an old clear cut area during the moose rut season of 2017.  Rick tried his cows call which was answered by a bull.  Grunting continuous, he moved in the direction of the logging road we were on.  Suddenly, he stepped unto the road, saw us and darted across the road.  My 30-06 roared to life propelling a deadly Winchester silver tip into the moose and dropped him to the ground.

Several hours later while transporting my moose to a processing plant, Rick stated, “That makes you the oldest person to take a moose with WKO.”  “The oldest had been 79.”  I told him that I had killed a  moose in 2014.  “Seventy-six had been the record.”  Guess who had taken another bull in 2011?

My bulls were not large but five hundred pounds of meat fill my freezer.  I am a meat hunter but large bulls are here.  One taken during my hunt had measured 57 inches.

What I’m getting at is:  Geezers of all ages who are interested in moose hunting, call Rick & Rita, book your hunt.  Start your own record or older geezers may try to break mine.