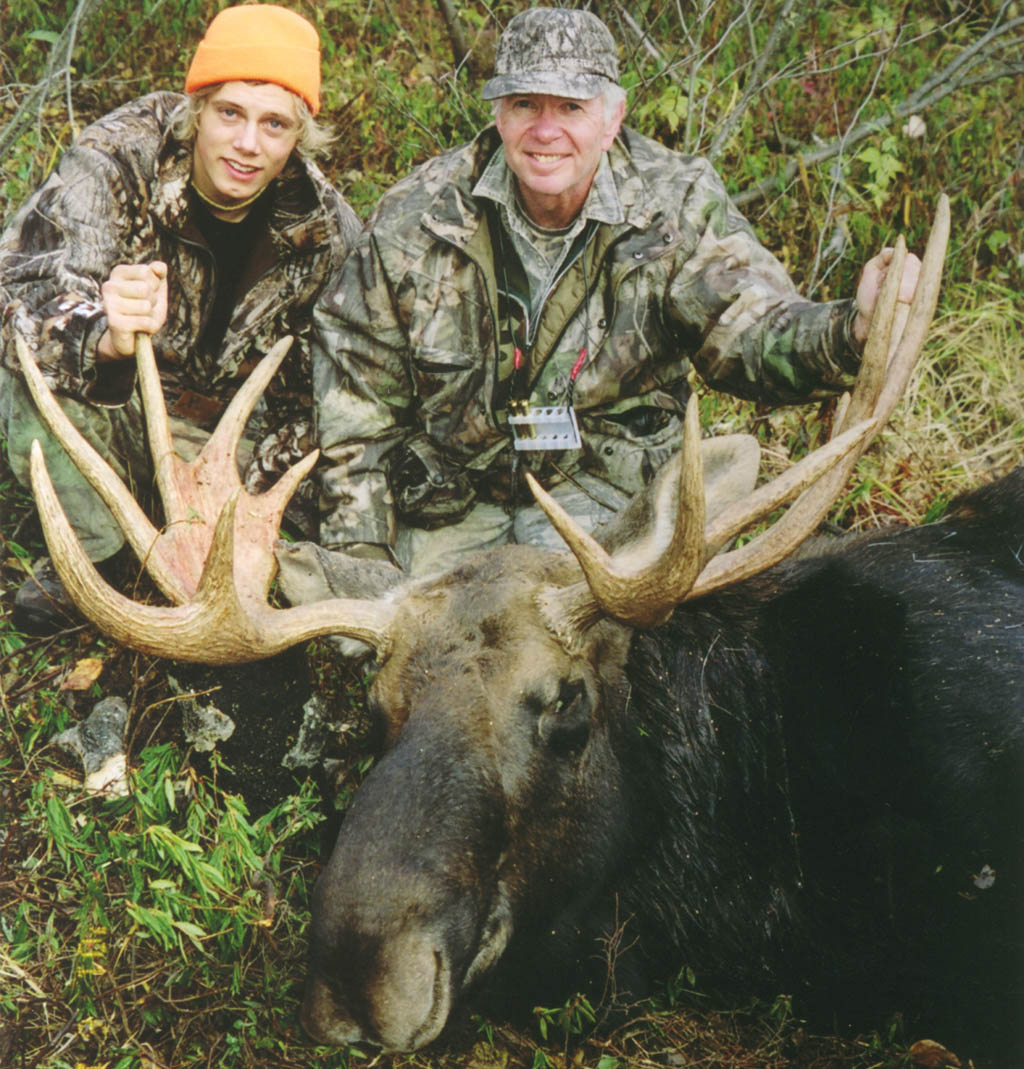 I had an awesome moose hunt with Wild Kakwa Outfitters. I will never forget the fun I had with Rick, Rita, Mel and Ricky, Rick & Rita Houweling’s son.  Earlier in the week, my hunting partner, Ed, and I were guided by Mel (aka-the guide who will walk your tail off) into the “Valley of the Big Bulls”, a moose paradise. It’s also the location of my first unplanned “swim” of the week using the quad as a spring board.

While other hunters in camp had gotten their moose, I was still waiting for my opportunity while hunting hard with Mel and Ed. Then, it finally came. Ricky, having taken a weekend break from his college studies was guiding me. On Friday morning, Ricky spotted a moose on the edge of a clear cut. We assumed it was one of the bulls we had grunted in the night before. We quickly set up on the bull. I moved three or four times to get a clear shot at him. However, I did not succeed. Why you ask? Because, I cut brush with only three bullets that I had taken into the clear-cut with me! The bull stood broadside at 60 yards looking at me with a quizzical look. I was looking at him with a dazed look! I could not believe that I had not taken more ammunition with me.

In recounting the story back at camp, Jim and Tim, two co-hunters from Wisconsin who had already tagged out, came to my rescue. They fashioned a necklace for me that would hold five bullets so that I would never run out of ammo again. I wore that necklace on Friday p.m. when Ricky and I set off. What a lucky charm!

Just prior to sunset, Ricky and I heard the unmistakable grunt of a nearby bull. As light was fading, Ricky called and raked a tree to keep the bull in position. As I crept over a knoll, the bull was approximately 20-30 yards from me and I took my first moose, confident I had enough ammo, but needing only one shot to bring him down! Jim and Tim who had fashioned my luck-filled, custom, bullet necklace, couldn’t wait to assist in the retrieval of the moose. This was a phenomenal hunt! I have had “several” offers from major outdoor equipment suppliers and other hunters for my bullet necklace, but needless to say, it is not for sale! I now wear it for good luck on all of my hunts!

Thanks to Rick and Rita, Mel and Ricky for a wonderful experience! Again, my thanks to Jim & Tim for changing my luck!