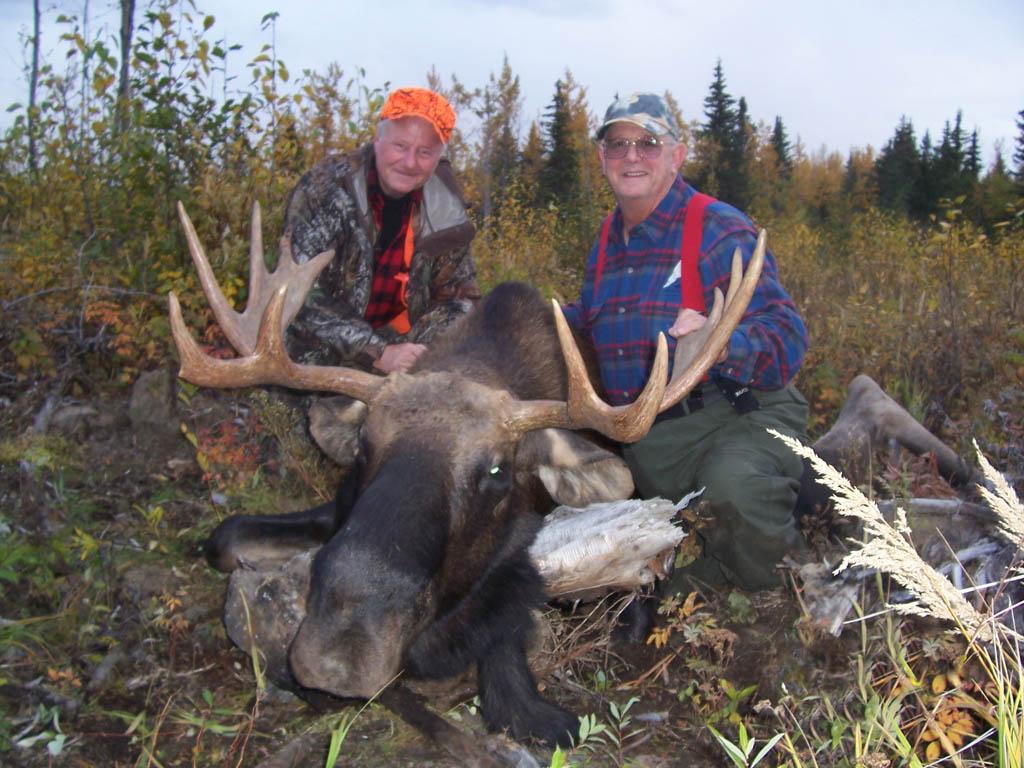 This was a great hunt because it happened just like it was suppose to. Ricky was calling and we heard crashing and a soft bull grunt. After about 10 minutes a bull moose came out in front of us at about 100 yards.

At first I was not sure I wanted him because I was looking for something larger, but when he turned to the side and I could see that 18 inch bell on him I took him. It was the longest bell I have ever seen on a moose. Had a great time and I am coming back. Thanks.