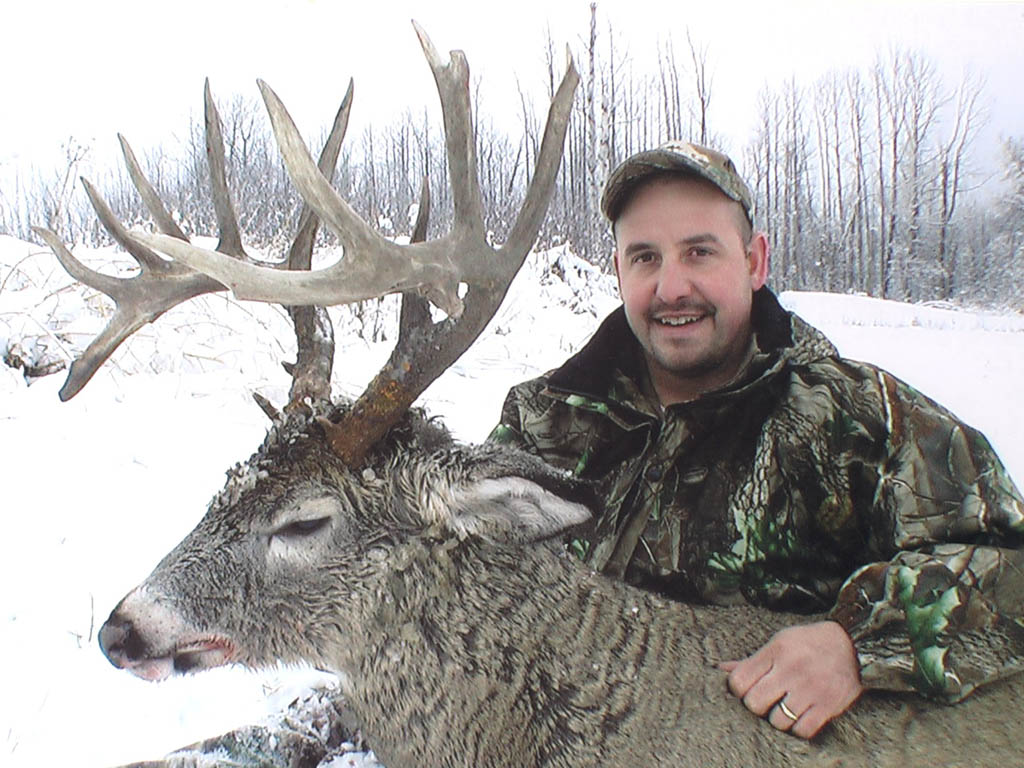 The first day of my hunt I saw several different bucks. I saw one beautiful 8 point buck the first day I could have shot that was probably around 140. The next day the hunting was slow and I only saw does.

The third day of the hunt I spotted a nice buck probably around 170 but it was too far away and I wasn’t able to get a shot. That evening I went to camp with my guide Rick and the other guys. Earlier, Lowell had been scouting the area and spotted a beautiful buck he thought was at least a 170 class buck. The next morning Rick and I went into the bush and set up a climbing stand on a cut line just behind the clear cut the deer had been spotted. I sat until 9:30 and never saw a deer but I continued to grunt and bleat for the buck. I had just finished grunting when I looked down the cut line and the big buck was looking right at me at about 150 yards. He watched me for at least 5 minutes and I didn’t move. I still hadn’t scoped the deer because my gun was down when he saw me. After about 5 minutes the deer must have figured nothing was wrong and he put his head down and looked away from me for a second. I put the scope on him and all I could see was lots of points. I knew then this was the buck I had been waiting for. When I shot, the buck went right down. I couldn’t wait to go see what I had killed. When I got down from the tree, I ran up to the buck and he was massive with 17 points that would later score 173. This was the buck I had always dreamed of shooting and thanks to Rick and Lowell my dream buck was here!