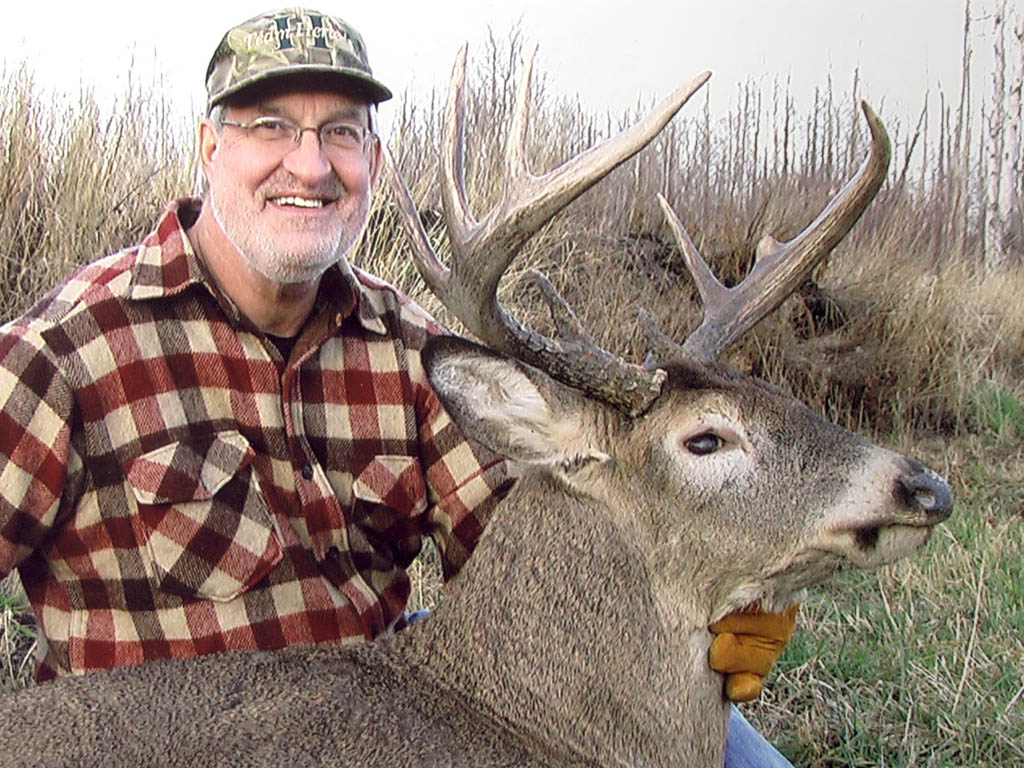 I hunted with Wild Kakwa Outfitters for a trophy Whitetail Deer. On the first day of the hunt, Rick put me in a blind and within an hour I started seeing deer which got me pretty excited – waiting for that big one to come out. How many deer I saw that day, maybe 7 or 8. I saw that many deer, and more, every day.

During my stay, I saw a total of 7 moose also. I joked talking to the moose to “get out of the way” so I could see the deer as they would just stand there and look at you.

Each day off in the distance I kept seeing this big bodied deer coming through, which is the deer I eventually scored on, but I could never see any horns, just a body in the tall grass or a rump passing through – but I did see this deer every day.

Wednesday morning around 10:00 he walked through with his head up and I saw a rack, and that’s all I could see in the tall grass and he was worth taking. Rick checked up on me at about 1:00 in the afternoon and I told him if he could get me up in a tree stand I could get a better look at this guy. Within a half hour Rick had me 16 feet up in a tree stand. Before he was back to his vehicle I saw three moose from this stand and later on that day I saw more deer!! But not the one I wanted.

On Thursday early in the morning I’m back in my stand still seeing lots of deer and almost had an owl land on my head. At 1:20 that afternoon my deer came through and I had a perfect one shot opportunity at about 75 yards. That very nice deer will be hanging on my wall in the near future. 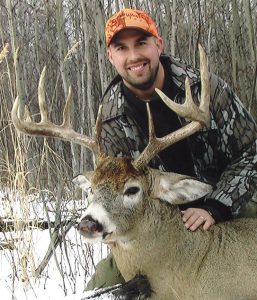 My son shot a nice buck that same day also. But let me quote him, which for a dad made this trip a true memory!! “GEE Dad, it was perfect, just like in the books, and the hunting videos. 4 does came out in front of me and about two minutes later you could hear this buck in the woods GRUNTING to get to the does. I could hear him even before I could see him. He came out and I shot him and then another buck came out right after that “GRUNTING”, before I could even get out of my stand – it was absolutely perfect!”

I certainly can’t say enough about Rick’s efforts and skills to put me and my son in the right spot to make our hunt enjoyable and successful. And I can’t say enough about the food. It was “Thanksgiving” every meal!!! If you’re looking for a big whitetail I don’t know where else you could go to get this kind of opportunity for a real trophy. You will have a fun, memorable and most likely successful hunt if you book with Rick and Rita.